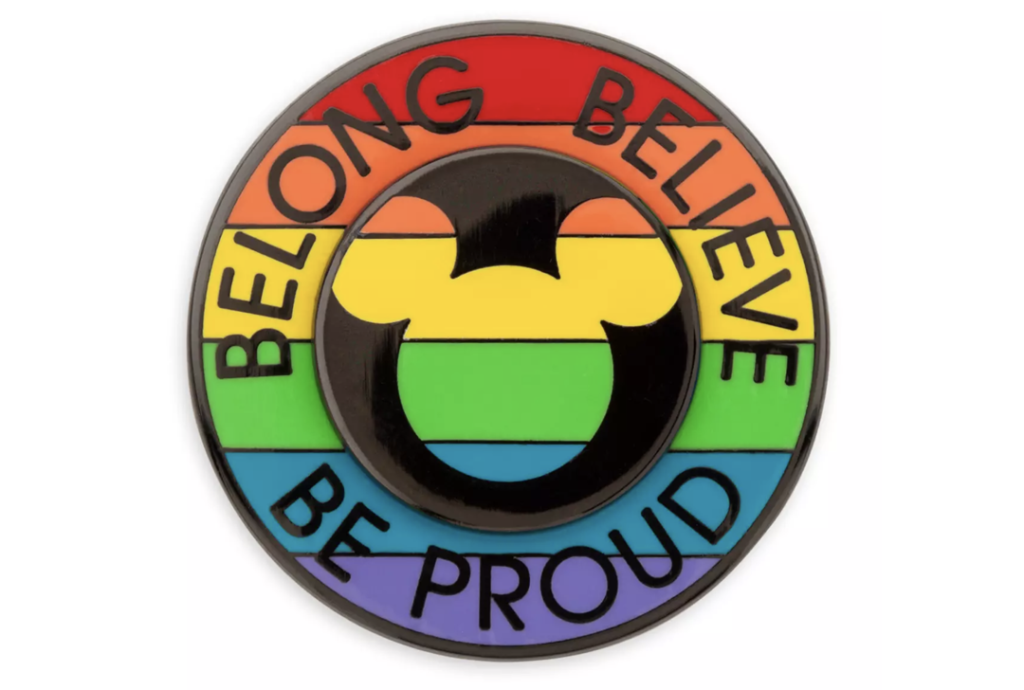 The Disney corporation has been under heavy scrutiny this year after its reaction to Florida’s Don’t Say Gay bill has been put on blast by both the LGBTQ community and bigots.

Switching gears to better support its LGBTQ employees and fans it has prompted American conservatives to troll Disney for being “woke”, promising boycotts. (hooray, now Disney really will be the happiest place on earth!)

New “Pride” merchandise will be available across Disney properties – which is similar to the previous “Rainbow Collection”.

Disney said in a statement,

The Disney Pride Collection was created by LGBTQIA+ employees and allies at The Walt Disney Company and is a reflection of their incredible contributions and place at the heart of the company.

We stand in solidarity with our LGBTQIA+ community everywhere.”

The collection features Marvel superheroes, Star Wars branding, and glimpses of Mickey Mouse ears, with variations on pride, bi, or trans flags. There are t-shirts, mugs, backpacks, etc you can buy here.

Disney is donating all profits from these items through the end of June to a variety of LGBTQ+ organizations like GLSEN, the Los Angeles LGBT Center, and The Trevor Project.

Disney has a huge LGBTQIA+ fan base, with many sharing their experiences of visiting theme parks, cruising, watching content, showcasing merchandise and food and beverage offerings across various social platforms.

One such vlogger, the UK’s Adam Hattan, has just relaunched his fan written “unofficial” guide to Walt Disney World and Disney Cruise Lines. The one time Disney cast member, writes about all the tips and tricks to make the most of your Disney Vaycay, and you can get these really well written and produced guides on Amazon

So – say gay, as many times as you like with Mickey, Minnie, Donald and the other many IP’s Disney owns and head on over to social to support LGBTQIA+ Disney content creators.