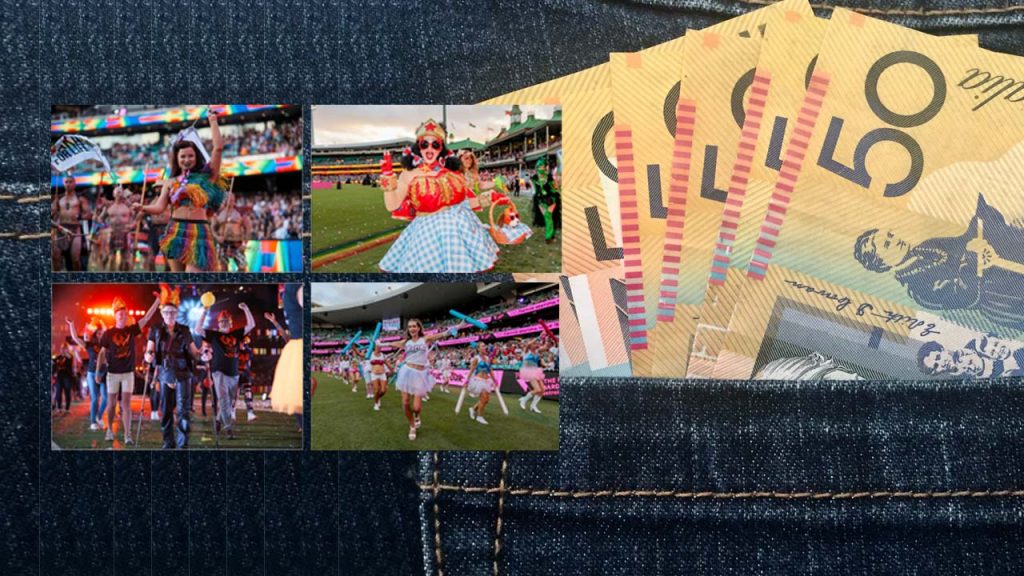 Sydney Gay and Lesbian Mardi Gras has continued its programme of community grants and support funded by valued partnerships with ANZ, Google and Facebook Australia, and from the organisations own surplus, delivering a total of $248,000 to LGBTQI+ community groups for this year’s festival season.

Three grants funds, the ANZ Community Grants, Google Parade Grants and Facebook Australia’s Parade Viewing Grants injected a total $242,000 into the LGBTQI+ community, with a further $5,000 donated by Mardi Gras to The Gender Centre in partnership for Trans Day of Remembrance.

Since 2016, Mardi Gras and its partners have delivered over $1,284,508 in funds and support to the LGBTQI+ community.

“After the last 12 months, many LGBTQI+ groups had been left feeling the impact of the pandemic, so it was important for us to work with our partners on supporting the community, in both the short and long term,” said Mardi Gras CEO Albert Kruger. Mardi Gras works hard to ensure our partnerships have a lasting and positive impact on the community.”

The Mardi Gras Parade Viewing Event Grants supported by Facebook Australia were designed to support the small business, arts and culture sectors by providing funding for hospitality venues to employ LGBTQI+ artists, DJs and entertainers to perform as part of an Official Mardi Gras Parade viewing event. A grant pool of $100,000 was awarded to 30 venues around the country, enabling them to hire entertainers as part of the viewing event.

As a result of the of this grants programme, over 200 artists, DJs and entertainers were engaged with 226 event staff employed and over $300,000 in revenue generated for the venues.

The ANZ and Mardi Gras Community Grants are a national program designed to support not-for-profit organisations, community groups and individuals whose projects benefit LGBTQI+ communities. Grants of $2,500, $5,000, $7,500 or $10,000 cash were awarded to a range of projects or programs nation-wide from a funding budget of $88,000. This was the third year running that the ANZ and Mardi Gras Community Grants had provided financial support LGTBQI+ organisations and groups.

The Google and Mardi Gras Parade grants program is designed to fund and support a diverse range of community ideas and provide grants to individuals, community groups and not-for-profit groups so they can share their important messages even more loudly and proudly. A total of $54,000 in grants was divided among 27 entries to help create extraordinary Parade entries in 2021.

Mardi Gras intends to extend its support of the community beyond the Festival with a new vision for the organisation, ‘Always On’.  Always On will see Mardi Gras develop year-round initiatives to provide a platform for LGBTQI+ people, community groups and partners to celebrate, share experiences and provide support, no matter where they are.

“Our vision of Always On will see Mardi Gras rise to community expectations and provide year-round opportunities for the LGBTQI+ community to have their voices heard,” said Kruger. “While we are world-renowned for our annual Festival in Sydney, our surveying of the community has shown us that there is more we can be doing to improve the lives of LGBTQI+ people. This includes the introduction of grant programs that will continue to support community organisations.”