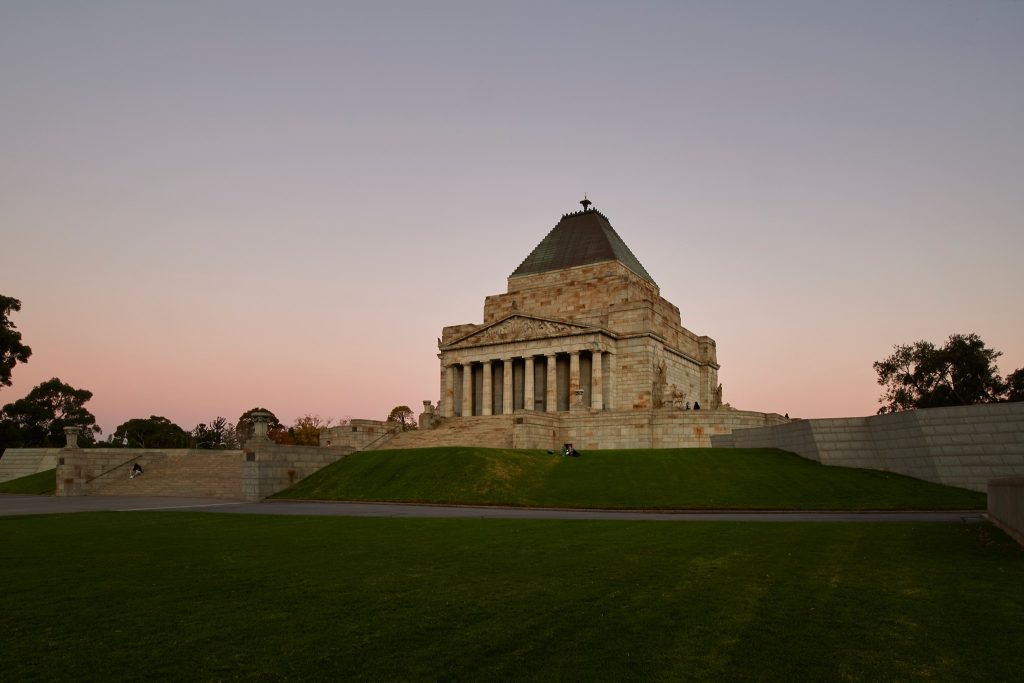 Melbourne’s Shrine of Remembrance was supposed to light up in Rainbow colours tonight to show support for Australia’s LGBTQIA+ Service Personnel, but due to staff members receiving threats of violence, the lighting will not proceed, however after our call out to the community, the shrine was attended by people from all over Melbourne.

The official statement from the shrine was:

We wish to advise of changes to programming related to ‘Defending with Pride: Stories of LGBTQ+ Service’. The exhibition and Last Post Service scheduled for Sunday 31 July will proceed as planned; but the rainbow lighting to the colonnades planned for Sunday evening will not.

As a peaceful place of remembrance, we seek to provide a safe and inclusive place for all.

Over several days, our staff have received and been subject to abuse, and in some cases, threats. We have seen something of what members of the LGBTIQ+ community experience every day. It is hateful.

In the interests of minimising harm, we have given this matter careful consideration and sought the guidance of the Shrine’s partners and friends, including veteran associations, representatives of the LGBTIQ+ veteran community and the Victorian Government.

Fifty years ago, the creation of a memorial to women’s service at the Shrine was controversial and opposed by many. Earlier this century, similar opposition was expressed to the introduction of an annual service commemorating Aboriginal and Torres Strait Island service men and women. A decade ago, conversations around veteran suicide were taboo, yet today it is the subject of a Royal Commission.

Society’s values change, and the Shrine is a participant in that change and will continue its efforts to honour the service and sacrifice of all who have served Australia.