Welcome to our relaunched platform. Existing members will need to reset their password. 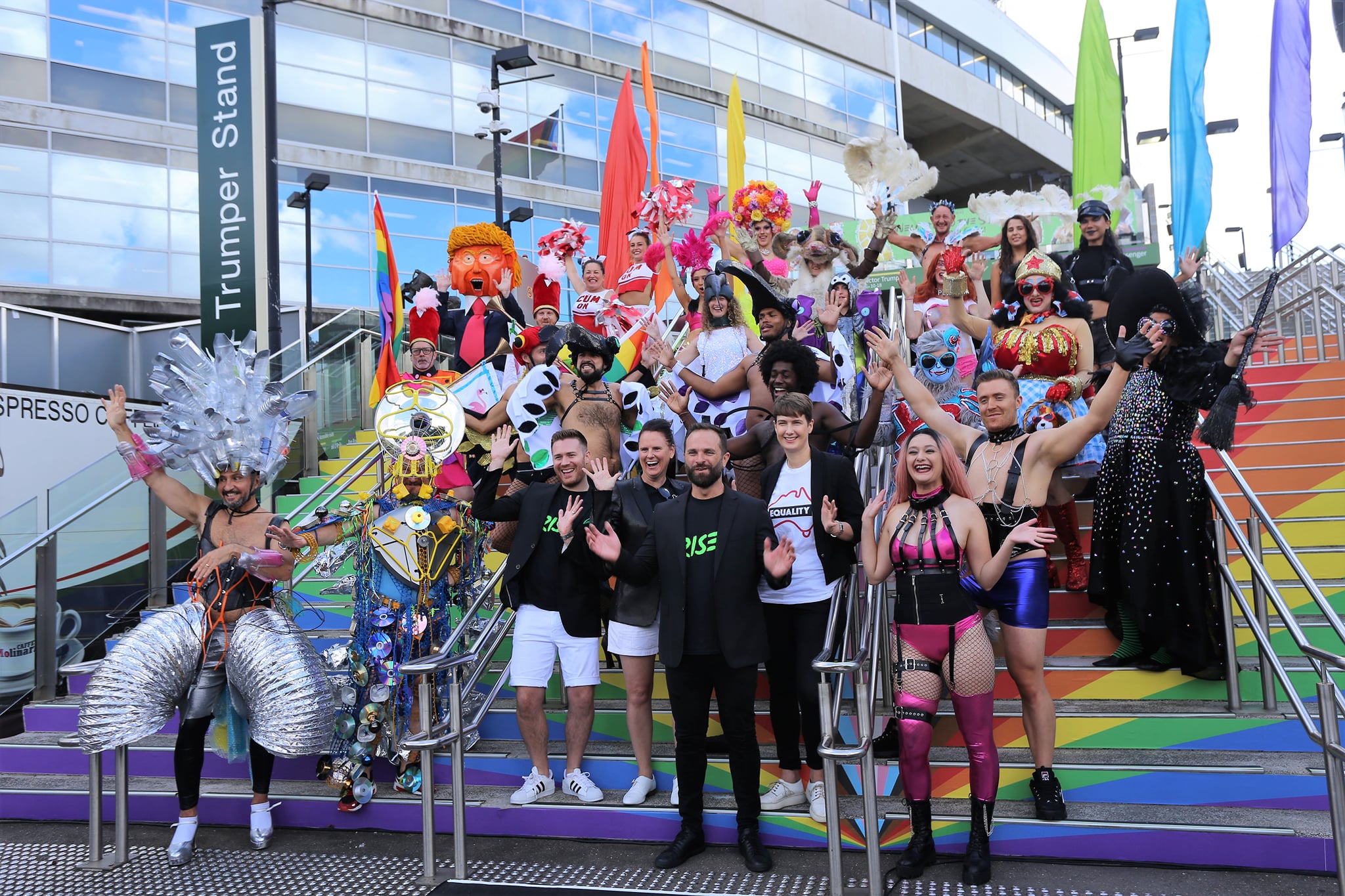 A dazzling display of pride and self-expression will descend on the Sydney Cricket Ground once more as Sydney Gay and Lesbian Mardi Gras announces the return of their world-famous Parade on Saturday 5 March, 2022.

The Mardi Gras Festival will make a grand return next year from 18 February – 6 March 2022. Bigger and better than ever, next year’s Festival will feature a packed program of events spanning theatre, visual arts, parties, community gatherings, panel discussions and more. The full festival program will feature a host of beloved events as well as some new surprises to be announced in November.

All at once a powerful protest and glittering celebration of diversity, the Parade is the centerpiece of the Mardi Gras season. The iconic event brings together LGBTQI+ people from all over to share their passion, champion equal rights and show their pride to the world.

The 2022 Mardi Gras theme is UNITED WE SHINE, signifying that LGBTQI+ communities shine brighter together and by standing up against hate and inequality as a collective, the message of love and inclusion is heard louder.

Mardi Gras CEO Albert Kruger said, “Our theme this year is a reminder of all that we can achieve when our communities rise as one. It is a call to stand united against the inequalities LGBTQI+ people continue to face, and empowers us with the strength that our history shows: that we have the power to create a more equitable society.

“For over 40 years we have fought for equality, allowing us to live openly and authentically, free from stigma. A lot has changed for the better and the new generation of LGBTQI+ Australians are growing up in a more accepting time.

“The time to use our voices and rally together has never been more important than it is now. We need to be stronger together so that we can fight discrimination and move closer to a future of equality,” said Kruger.

The 2022 Parade will see thousands of spectators cheer on as marchers take to the field in a display of colour, community and love. A live broadcast will accompany the event so audiences from across the country can tune in to be a part of the celebrations.

Organisers have decided that returning to Sydney Cricket Ground in 2022 provides the best chance for the Parade to proceed, no matter what the COVID situation determines early next year. Unlike operating a traditional Mardi Gras Parade on Oxford Street – which attracts around 250,000 spectators – the SCG allows room to scale the Parade up or down to ensure it takes place in the case that Sydney does experience further restrictions.

“Our priority with planning for next year’s Parade was ensuring we can once again deliver a safe event,” said Kruger.

“There’s still uncertainty of what March is going to look like for us. Mardi Gras can’t guarantee that in the next few months things will be back to normal and we can safely have hundreds of thousands spectators on the streets.

“The Parade is too important to the community to risk having to cancel. So right now, when decisions need to be made, the SCG is the best option for us to guarantee that we can come together to keep the spirit of Mardi Gras’ history of protest and celebration shining bright in 2022.

“What we do know is that we can stage an incredible and safe Parade in the SCG,” said Kruger.

The Sydney Gay and Lesbian Mardi Gras plans to bring the Parade back to Oxford Street for its 45th anniversary in 2023 as a feature of Sydney WorldPride, the first WorldPride held in the southern hemisphere.

Minister for Tourism Stuart Ayres said the NSW Government’s support of the Sydney Gay and Lesbian Mardi Gras underscored its commitment to make NSW a welcoming destination for all visitors.

“Mardi Gras is a celebration of NSW’s pride, diversity and inclusion, and we are immensely proud that it has become one of the largest and most successful LGBTQI+ events in the world,” Mr Ayres said.

“Since 2009, the Mardi Gras Parade is estimated to have generated approximately $390 million in total visitor spend from intrastate, interstate and international visitors. The event is watched around the world and continues to promote Sydney and NSW to millions of potential visitors into the future.”

Lord Mayor Clover Moore said: “The City of Sydney is a proud, long-term supporter of the Sydney Gay and Lesbian Mardi Gras and I commend the organisation for continuing to adapt to the ongoing challenges presented by Covid over the past 18 months.

“Mardi Gras’ decision to return to the Sydney Cricket Ground for the 2022 Mardi Gras Parade is prudent given the uncertainty posed by the pandemic, which we will continue to face for some time yet.

“I am sure that the 2022 event will build on the success of this year’s spectacular parade. And I look forward to it being a successful curtain raiser to WorldPride in 2023, when I hope we can all return to celebrate on Oxford Street with Sydneysiders and visitors from around Australia and the world.”

Tickets for the 2022 Mardi Gras Parade go on sale Monday 15 November. Join the waitlist at www.mardigras.org.au  to receive notifications when tickets go on sale.

Although there is a small price for general admission tickets to help cover the costs of operating a COVID-Safe event, a hardship ballot with 3,000 free Parade tickets has been set up to support those who are experiencing financial strain and cannot afford a ticket to Parade. Applications for the hardship ballot open on Monday 15 November.

Expressions of interest are now open for anyone wishing to enter a Parade float, volunteer for the Festival or have a stall at Fair Day in 2022. Applications can be found online at www.mardigras.org.au.

The 2022 Sydney Gay and Lesbian Mardi Gras Festival is proudly supported by Principal Partner American Express, Government Partner and Sponsor of the Mardi Gras Festival, the City of Sydney and Strategic Sponsor the NSW Government through its tourism and major events agency Destination NSW.