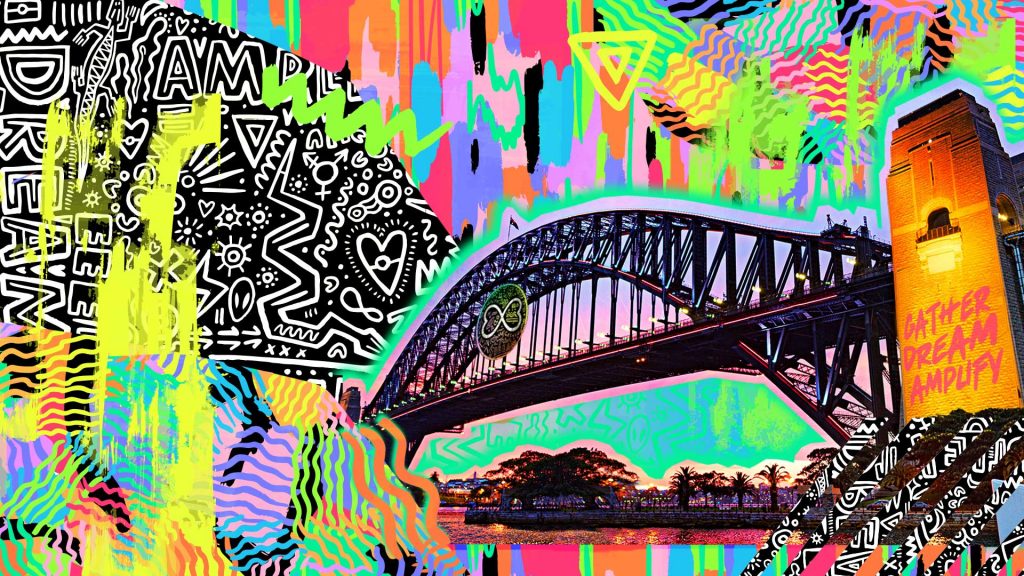 After 23 years of being hosted exclusively by northern hemisphere cities, in 2023 the largest Pride celebration in the world is coming to Sydney. Today, organisers have revealed key festival dates and a new look alongside the festival theme GATHER DREAM AMPLIFY. WorldPride 2023 will be one of the largest global events in NSW since the Sydney 2000 Olympic Games.

Among the landmark events being produced by Sydney WorldPride are the Opening and Closing Ceremonies (currently slated to take place in The Domain with 25,000+ attendees), First Nations Gala Concert, a world class Human Rights Conference, and the festival closing party at Bondi Beach (10,000+ partygoers). All events will feature local and international headline artists.

There will also be a Pride March across the Sydney Harbour Bridge with over 50,000 participants – the largest pride march to ever be held in Australia.

The theme for the festival, GATHER DREAM AMPLIFY, “was developed with our extraordinary LGBTIQ+ community and represents our commitment to global equality and inclusion. It is a call to action,” says Sydney WorldPride Creative Director, Daniel Clarke.

“We want people to gather here, on the lands of the oldest surviving culture on the planet, to listen deeply. We want people to dream of the future they want and work together to make those dreams a reality. We want to ensure that new voices and perspectives are amplified,” continues Ben Graetz, Sydney WorldPride Creative Director, First Nations.

Sydney WorldPride’s new logo and festival artwork was directed by First Nations artist Jessica Johnson, also known as Nungala Creative. “Creation of the new logo and artworks for Sydney WorldPride was inspired by my belonging to a big, multigenerational queer First Nations community and our extended family. We embody intersectionality and I wanted the design to express that through the vibrancy, colours and textures,” she says. “Each and every aspect reflects a sense of movement like light and shadows cast through nature, the trees and water. The tactile, hands-on, textural aesthetic is a nod to the nostalgic tools of our predecessors and an era of people power and protest definitive in our existence today. The electric colour palette draws from the Rainbow Eucalyptus tree and all the wondrous magic our country has on offer.”

Sydney WorldPride CEO Kate Wickett says “Sydney WorldPride 2023 will bring together the world’s leading LGBTIQ+ artist and creatives, creating a truly once in a lifetime opportunity to celebrate. Sydney will shine in all its glory.”

Sydney WorldPride will introduce the world to our glittering LGBTIQ+ communities, giving our diverse First Nations and Asia Pacific people the opportunity to share their pride on a global stage.

The event will also take place on the 45th Anniversary of the first Sydney Gay and Lesbian Mardi Gras Parade, giving us a much-needed cause for momentous celebration.