The Bondi Memorial in Marks Park in Tamarama aims to honour victims and survivors of homophobic and transphobic violence, to help acknowledge and heal the significant community trauma caused by these events, to raise greater community awareness of this issue, to promote the continuing need to pursue truth and justice, and to serve as a reminder of the importance of valuing and celebrating diversity in our community.

The Bondi Memorial is a collaborative project between ACON and Waverley Council, who have been working together since 2015 to establish a permanent memorial site dedicated to the gay men and trans women that were assaulted, tortured or killed in the 1970s to 1990s in Sydney. The cliffs and surrounding areas around the coastal walk from Bondi to Tamarama, including Marks Park, are the sites of horrific acts of violence towards LGBTQ people.

The Bondi Memorial artwork is called ‘Rise’ and it has been designed by John Nicholson of United Art Projects (UAP).

The memorial is based on the following principles:

The Bondi Memorial is located in Marks Park in Tamarama. It is situated on the southwestern side of the park.

With frequent bus services to Bondi Beach, the best way to get to and from Marks Park is by public transport.

A number of regular bus routes make stops along Campbell Parade including the 380, 381, 382 and 333. Buses stop at Bondi Junction Interchange.

For more details on public transport service and to plan your trip, visit transportnsw.info

Marks Park is accessible by car on Fletcher Street or Kenneth St.

There is limited to no parking at Marks Park. You may be able to secure street parking at nearby streets.

There are accessible toilets in the Marks Park toilet block. 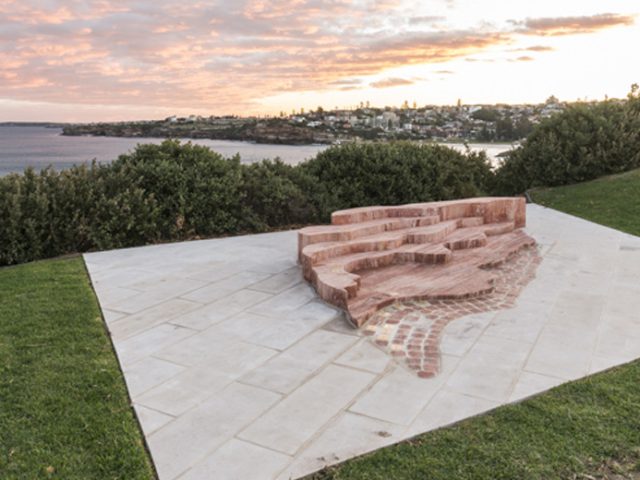