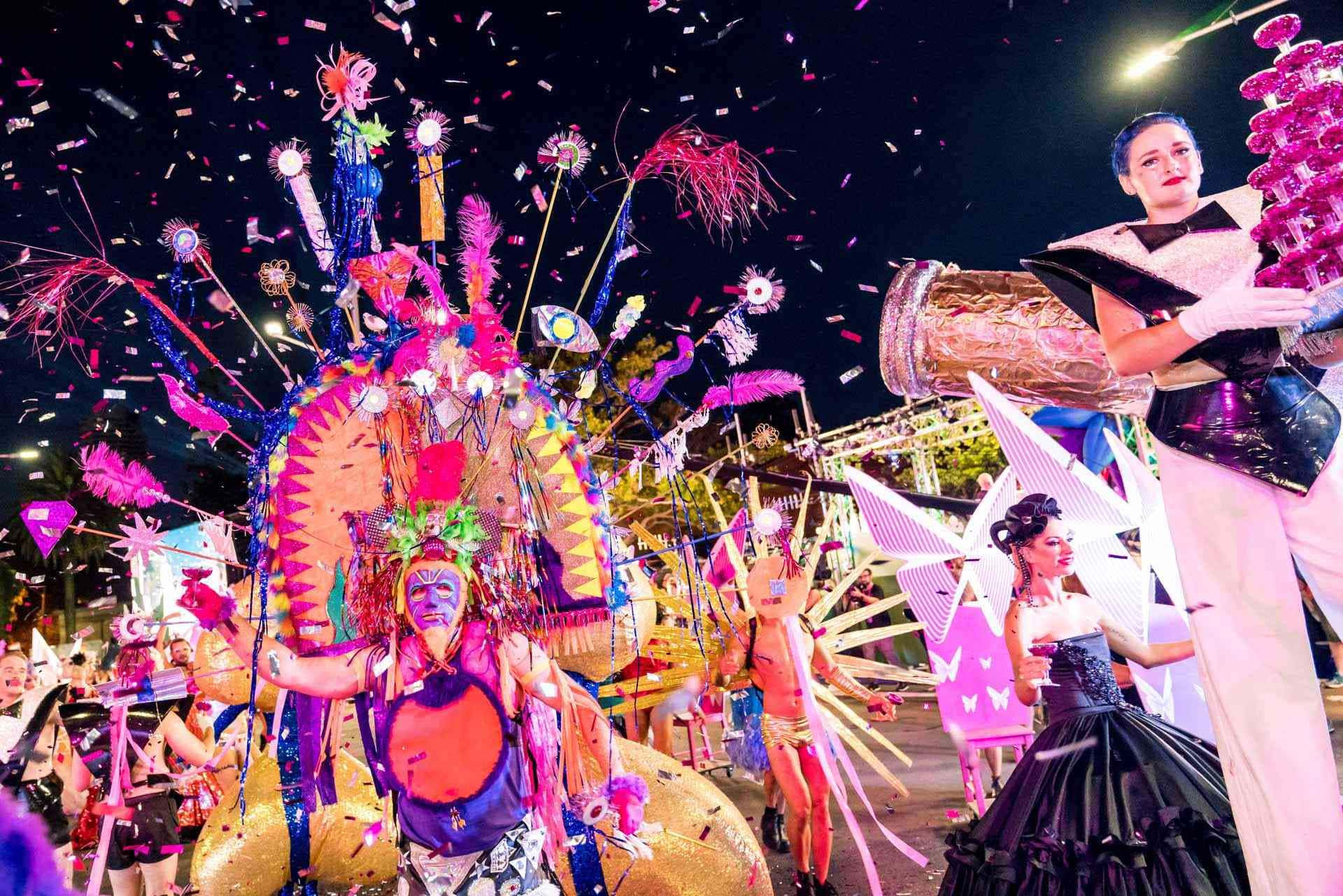 Join over 500,000 fabulous people as they unite for a glittering Pride parade in the heart of Sydney’s LGBTQIA+ district.

The Sydney Mardi Gras Parade is an event that stops the nation and reverberates around the world.

Born from a single night of celebration and political protest, the true Mardi Gras spirit lives on over four decades later. The Parade joyously celebrates how far our communities have come , yet recognises the journey ahead.

Decades on, the Parade still brings the city to a standstill, with hundreds and thousands lining the streets in support of the dazzling spectacle of sparkles and self-expression. Mardi Gras welcomes the community in a fabulous festivity of love that knows no bounds.