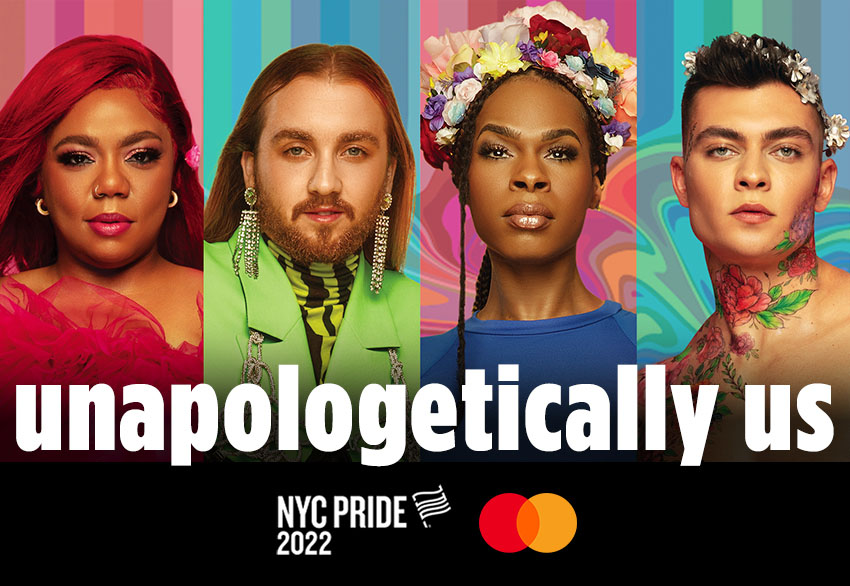 ‍Mastercard as the Official Payment Provider of NYC Pride, will provide cardholders exclusive pre-sale ticket packages to NYC Pride, including Pride Island events, now available at the link below.

Individual tickets will be available with the launch of General Ticket sales on Wednesday, April 6, 2022.

Papi Juice is an art collective that aims to affirm and celebrate the lives the of queer and trans people of color. Structured around curated events, Papi Juice lives at the intersection of art, music, and nightlife. Since its inception in 2013, the collective has been changing the face of nightlife in New York City and beyond with intentional platforms for artists of color including panels, artist residencies, performances, and, of course, fabled DJ sets and all night parties. Papi Juice has featured artists and DJs such as: Kelsey Lu, Princess Nokia, Kindness, Juliana Huxtable, Asmara, Helado Negro, and Raveena. Papi Juice is committed to being an intentional space for queer and trans people of color. Papi Juice has also partnered with institutions such as the Brooklyn Museum, MoMA PS1, Planned Parenthood, Creative Time, The Metropolitan Museum of Art, El Museo del Barrio, and partners like Twitter, Calvin Klein, and HBO.

On Sunday, pop sensation Kim Petras takes center stage on the closing night of Pride Island. Since first emerging on the scene, international pop sensation Kim Petras has self-styled a massively dynamic career with a string of critically acclaimed singles and projects, more than 850 million global streams, and sold-out headline tours of North America and Europe. After years of triumphing as an entirely independent artist, Kim signed to Republic Records / Amigo Records and has now set out on a brand-new era with the release of “Future Starts Now” and “Coconuts,” both from her forthcoming, highly anticipated debut album. Most recently, Kim released the sex-positive Slut Pop EP as a Valentine’s Day surprise for her fans. Now, Kim is preparing for the release of her 2022 debut album on Republic Records.

Additional talent to be announced!