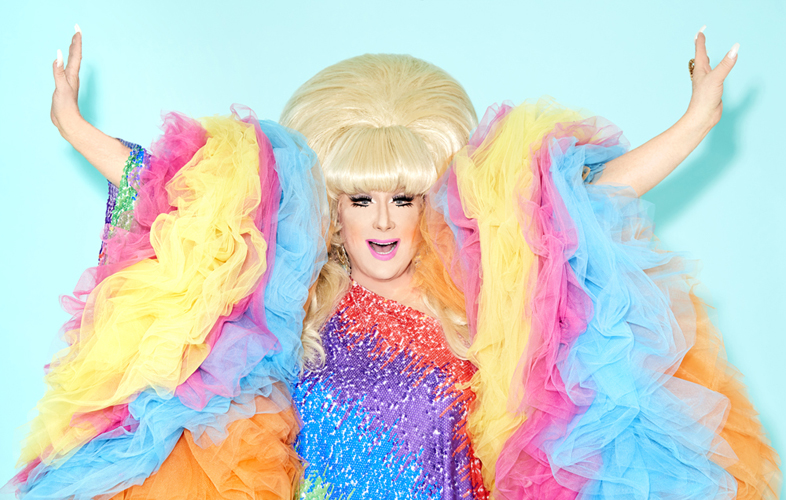 Just in time for Easter, legendary drag icon LADY BUNNY hops into Times Square with the New York Premiere of her internationally acclaimed touring show UNMASKED & UNFILTERED beginning April 14 at The Laurie Beechman Theatre. Bunny was trapped in her apartment during lockdown, allowing her filthy and demented thoughts to marinate. Now that she’s running wild and free, she’s ready to share those irreverent thoughts with you through new parodies of Cardi B, Lizzo, Madge, Lady Gaga and Ariana Grande. UNMASKED & UNFILTERED also features Bunny’s twisted salute to Laugh-In and other brand new material mixed with some so old that only the dead will recall it. And remember: Bunny’s act is often offensive and definitely not PC, so don’t buy a ticket if you don’t like twisted humor!

Performances of LADY BUNNY: UNMASKED & UNFILTERED run April 14 & 16 at 7pm, and April 17 at 4pm & 7pm. The Laurie Beechman Theatre is located inside West Bank Cafe at 407 West 42nd Street (at Ninth Avenue). General admission tickets are $25. VIP tickets that include reserved seating and a pre-signed photo of Lady Bunny (NO meet-and greet) are $35. Please note that there is also a $25 food/drink minimum at all performances at this venue; full dinner menu available. All attendees must present proof of full vaccination to enter. To purchase tickets, visit www.SpinCycleNYC.com.

Internationally known drag icon, comedian, recording artist and jet-set DJ LADY BUNNY is as famous for her big-banged bouffant and her notoriously naughty wit as for her ability to get a dance floor jumping. A Manhattan gal since the early 80s, Lady Bunny shares Atlanta roots with fellow drag star and former roommate, RuPaul, and is most famous for co-founding and emceeing Wigstock, the annual New York City Labor Day outdoor drag festival that ran for nearly 20 years. She tours constantly, taking her bodaciously bawdy brand of humor to audiences from Cincinnati to Los Angeles, Buenos Aires, London, Marrakesh and Sydney. From headlining clubs to Pride events worldwide, Bunny has been lucky enough to share the stage or screen with many of her idols including Patti Labelle, Joan Rivers, Bea Arthur, Charo, Elvira, Lynda Carter, Chaka Khan, Grace Jones, Loleatta Holloway, Jocelyn Brown, Martha Wash, Margaret Cho and Christina Aguilera at Radio City Music Hall, who tweeted, “Upstaged at my own show! #Diva.” Lady Bunny’s comic genius can also be seen in films and television, most recently in “Wig,” the HBO Wigstock documentary made with Neil Patrick Harris, and the feature film, “Hurricane Bianca: From Russia with Hate.” She was the “Dean of Drag” on three seasons of “RuPaul’s Drag U,” has been roasted by Joan Rivers, roasted Pam on “The Comedy Central Roast Of Pamela Anderson,” and emceed the LGBT prom in one of the most popular episodes of “Sex and the City.”