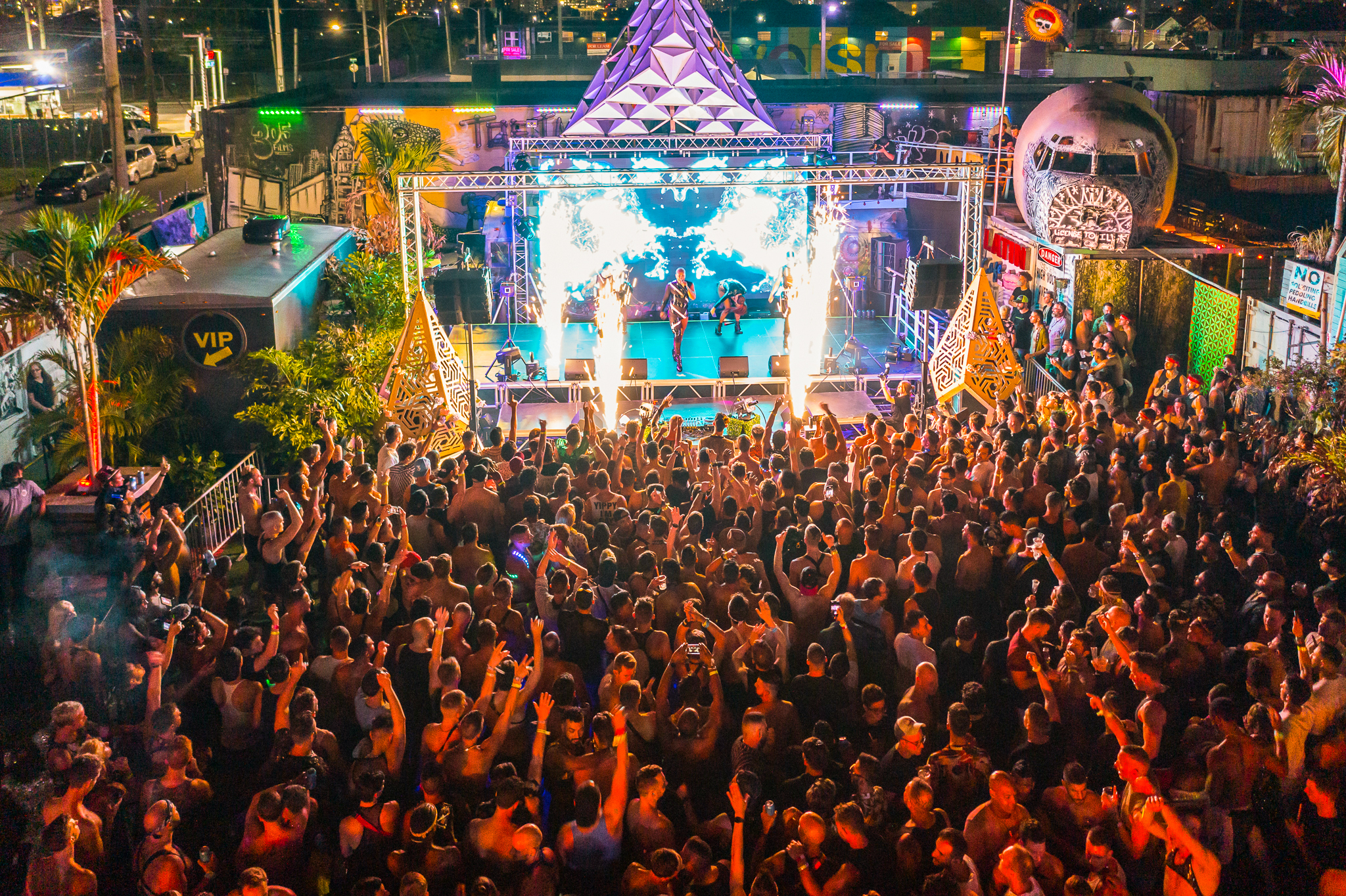 Dreamland, the immersive LGBTQ+ art, music and wellness festival, returns to Miami Beach this New Year’s Weekend.  Presented by Jake Resnicow, Dreamland will run from December 29 – Jan 2 at Miami’s best venues ⎯ including the Oasis and the all-new M2 Nightclub ⎯ and will feature musical performances by Purple Disco Machine, Sofi Tukker, and the Las Vegas stage spectacular turned global sensation created and directed by Channing Tatum, MAGIC MIKE LIVE.  “We’re going to ignite your senses and imagination,” says event producer Jake Resnicow.   Joining in the festivities will be some of the biggest DJ talent from around the world including Horse Meat Disco, Coco & Breezy, J Worra and more.

Dreamland, being called “Queer Coachella”, will be a wonderful opportunity to meet new people and be catalysts for inspiration to drive positive change in the world as thousands of LGBTQ+ people and their allies are expected to travel to Miami for the 4 Day – 5 Party event.  General admission 5-Party weekend passes start at $299.

Celebrations begin Thursday, Dec 29 at 8pm at the open-air Oasis when Grammy-Nominated Sofi Tukker performs, along with J Worra and Coco & Breezy at the Neon Dreams party.

The weekend’s main event, Dreamland New Year’s Eve, takes place Saturday, December 31, with a live performance by the cast of MAGIC MIKE LIVE: The Tour.  In Miami for a limited time only, MAGIC MIKE LIVE is a sexy and thrilling first-class entertainment experience inspired by the hit “Magic Mike” films. Equal parts empowering and exhilarating, the show features the hottest and most talented men in the country performing daring dance routines and specialty acts in front of, behind, above, and all around the audience.  Piano House Queen LP Giobbi will also perform the evening, along with DJs Danny Verde, Isaac Escalante and Matt Denton.

“Like Dreamland, MAGIC MIKE LIVE is a fun, sexy celebration where everyone is welcome, and there’s truly a little something for everyone,” said Vincent Marini, Executive Producer of MAGIC MIKE LIVE. “Our team has worked hard to develop a show that is empowering, exciting, and representational of the people who come to watch and cheer on this incredibly talented cast of performers night after night. We couldn’t be more excited to partner with one of the largest LGBT+ nightlife events in the country this New Year’s Eve and we encourage everyone to get their tickets for our stunning new touring production of MAGIC MIKE LIVE in Miami before it’s gone!”

For the first party of 2023, Horse Meat Disco joins Grammy-nominated Purple Disco Machine for an all-day marathon event at The Oasis Wynwood.

Jake Resnicow is the premiere promoter in the LGBTQ+ space.  He was recently honored as one of the OUT100 Most Influential LGBTQ People of the Year. His Pride Festivals in New York, Miami, Las Vegas and Los Angeles are spectacles, and he’s produced some of the most prestigious fundraiser events, raising over $30M for organizations including Life Ball, Trevor Project, The White Party Gala, Ali Forney Center, Lambda Legal and It Gets Better.

A portion of the proceeds from Dreamland will benefit the Theresa Velasquez Memorial Scholarship program at Femme House, a non-profit organization that fosters opportunities for women and gender-expansive individuals in the technical and behind the scenes areas of music.

“Less than 1% of charting artists are LGBTQIA+,” Resnicow explains.  “Together, we will change this with a new scholarship program in honor of my dear friend DJ Theresa.”

At only 36, DJ Theresa rose through the ranks to become one of the top female DJs in the USA; even being named on Billboard’s Pride List of Industry-Shaping LGBTQ Executives. On June 24, 2021, Theresa was scheduled to headline Jake Resnicow’s Pride event. Instead, her life was tragically taken away in the Surfside building collapse.

The current fellows of the Theresa Velasquez Memorial Scholarship program are GeeXella (they/them) and SEVYN.  GeeXella is an Atlanta-based Black/Latinx, Non-binary and Queer multidisciplinary artist who founded Duval Folx, a dance party that brings awareness to the violence Queer/Trans and BIPOC communities face in the South.   SEVYN is a Washington DC-born, LA based DJ and host of the “FLUID” show on dublab Radio.

Tickets for all events are available now at Dreamlandnye.com