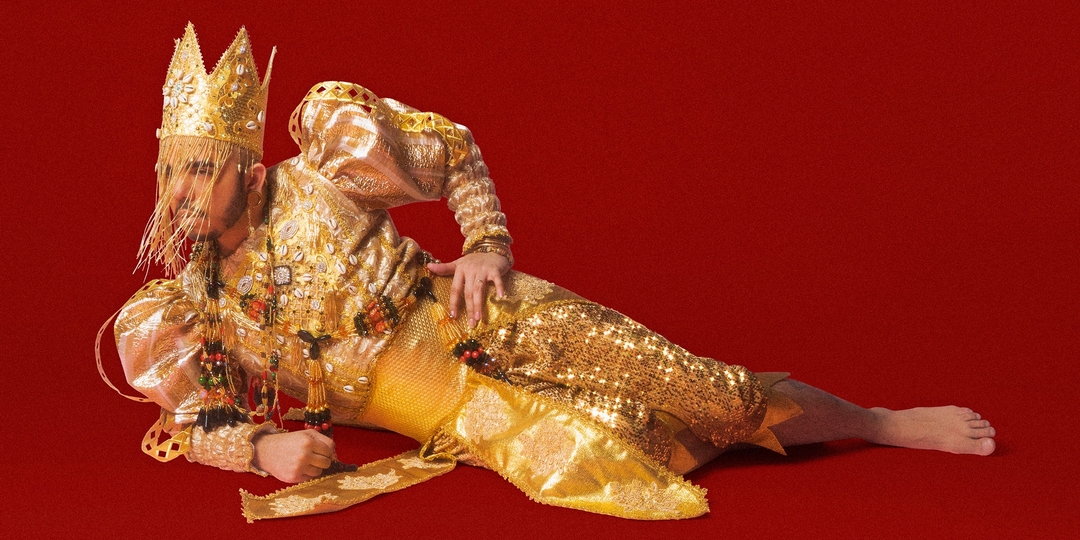 “It’s a meditative rumination on Black spirituality, race, gender and sexuality that incorporates hip-hop and elements tied to the Lukumi faith from Nigeria.
It’s not the usual mix of club beats and catchphrases we’ve come to expect from “Drag Race” grads. And that’s just fine by Aja.”

Aja spent the months of quarantine pushing the boundaries of their creativity into a whole new direction, in music, dance, video,fashion, and a whole new outlook on life. The result: their new album, CROWN.
Aja will be performing the full album live for the first time on Thursday, June 24 at Caveat.

There is no drink minimum at this venue. Tickets may be purchased at www.caveat.nyc.  Caveat is located at 21A Clinton Street between Houston and Stanton Streets on the Lower East Side — accessible from the F/J/M/Z trains at Delancey-Essex.

CROWN incorporates themes of spirituality, fame, race, class, gender, and sexuality.
If you only know Aja from RuPaul’s Drag Race, your eyes will be opened by this explosive new performance. Come and see Aja. Get Crowned.

As Aja recently told Michael Cook in an interview for Instinct Magazine, “My album honestly is a collection of stories told in chronological order about my life and my road to the crown. The crown representing completion, fulfillment, an elevated sense of self, pride and self-love. It wraps into my beliefs in a way also; in my spiritual faith, we have a term called ‘crowning.’ I feel like the people that listen to this are going to get to know me for who I am.”

All attendees must present proof of full vaccination to enter. Proof can be via the New York State Excelsior pass, a physical copy of the CDC card, a photo of your CDC card, or other electronic record of
vaccination includes name and date (e.g., some chain pharmacies have an app with this information). In all cases the name must match that on your photo ID.

Born and raised in Bedford–Stuyvesant, Brooklyn, Aja is queer artist and musician best known for competing on the ninth season of RuPaul’s Drag Race and on the third season of RuPaul’s Drag Race All Stars. Aja released their debut EP, In My Feelings, in 2018, followed by their debut studio album, BOX Office, in February 2019. Their second EP, ALL CAPS, was released in June 2019.