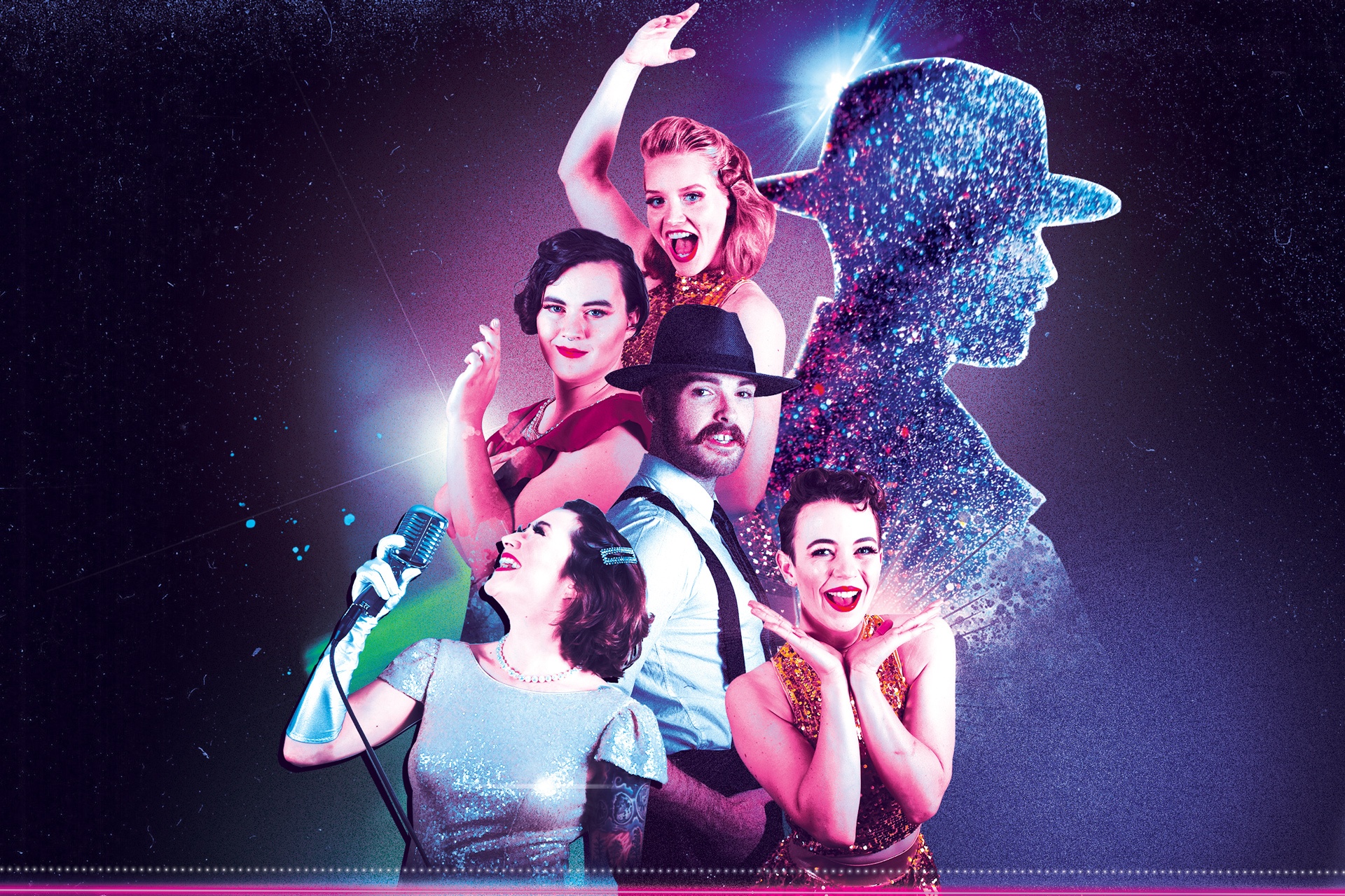 Running 31 March – 10 April at the all new 500-seat Big Top at Reunion Park, Cab Suave is a refreshingly funny and family-friendly affair that will entertain tweens, adults and everyone in between (suitable for ages 12+).

Full of acrobatics, over-the-top costumes and lots of live music, the dazzling Cab Suave captures the sordid and sultry feel of classic film noir, all while sending up the genre’s outdated stereotypes.

“We wanted to make a show that was flashy and fun without the tired gender roles we are so used to seeing on main stages,” says Director and cast member Latonya Wigginton (she/her). “It’s a loving parody of film noir, that we’ve really flipped the script on.”

Follow slightly-thick private investigator Dick Johnson (yes, this show is peppered with dick jokes throughout) as he attempts to dig up the dirt on the less-than-reputable ‘Cabaret Suave’ and shut the show down for good.

With an all-queer cast except for a token straight white man, Cab Suave aims to normalise queer artists in commercial settings and offers the kind of representation the crew wish they’d had in their formative years.

“Growing up, even amongst my small circle of welcoming and progressive artists, I had no trans role models,” says Musical Director and cast member Winter Cyan (she/her), a trans woman who is in a long-term relationship with co-star and director Latonya.

“​​Through my work and through Cab Suave, I want to [create] positive and varied representation for gender diverse people that would have meant the world to me growing up, and to help make it easier for queer youth to find confidence in themselves.”

The show is produced by Sparkle Society, an independent arts collective founded by Latonya Wigginton and Abby Kelso (they/them) during residencies at Gasworks Arts Park in Melbourne and Vulcana Circus in Brisbane. Together, they’re working to foster transparency and representation of LGBTQIA+ performers and make art accessible for all.

“We’ve been working together for ten years and a cornerstone of our partnership is using arts as a vehicle for change,” says Kelso, who identifies as non-binary.

“When we started Sparkle Society, what we discovered was that there were expectations around the way people should look and present themselves in a commercial setting,” adds Wigginton.

“We really want to break down those stereotypes in our work and show that you don’t have to look a certain way, be a certain size, or portray a certain sexuality to be in a fabulous sparkly show.”

“Sultry, stylish and slick, Cab Suave is a clever meld of circus and cabaret presented in a
shadowy film noir world.”
The Adelaide Advertiser

Tickets to Cab Suave are on sale now via Melbourne International Comedy Festival.